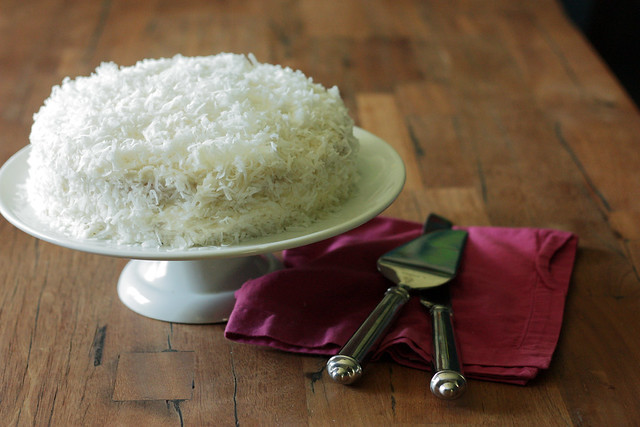 I’m just a *little* late in posting this cake, the most recent of Tom’s birthday cake requests. His birthday was in June. :-

Cake is always good, but I really lucked out with his selection this year. My birthday cake request (yes, Tom bakes me a cake as well, and my birthday is 3 weeks after his) was actually going to be this very coconut cake. When Tom picked it for his cake, I really hit the jackpot, because that essentially meant I got to pick two birthday cakes. (If you’re wondering, my birthday cake was a snickerdoodle cake that had cinnamon buttercream which will go down in the books as one of my favorite frostings ever.)

I know that coconut can be very polarizing. And I must admit that there is often a fine line because THIS IS SO AMAZINGLY GOOD and THIS TASTES LIKE BANANA BOAT. This cake, thankfully, is in the first camp. Although the original recipe calls for Swiss meringue buttercream, I went with a traditional buttercream not only because I am terrified of making the Swiss meringue variety, but because Tom and I actually prefer the traditional variety.

Another great thing about Tom choosing this cake is that there is no decorating involved. It is simply impossible for me to use a piping bag in a way that does not result in a cake looking like it was frosted by my 4 year old. This is just throwing a bunch of shredded coconut on top. I can do that. 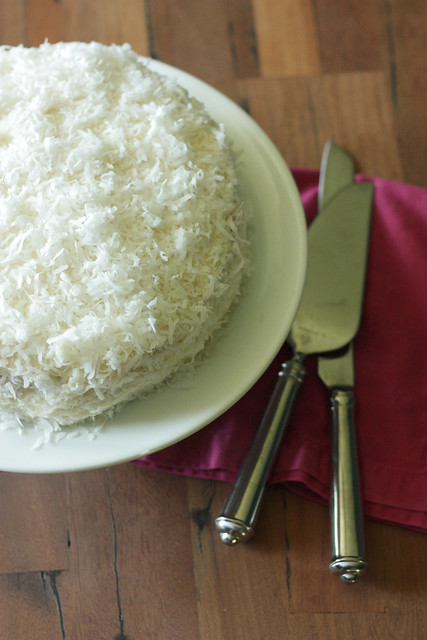 One thought on “Coconut Cake”