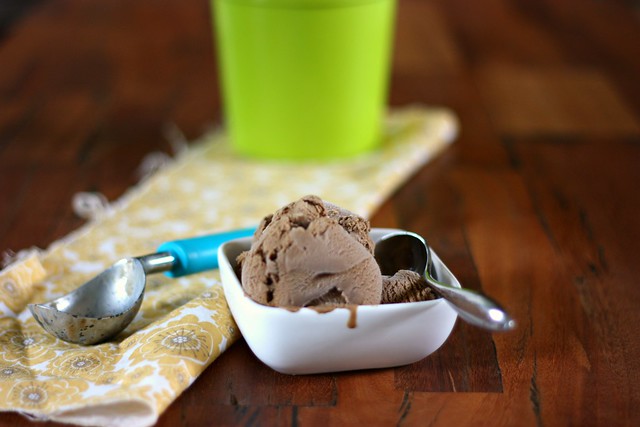 In case his incessant retelling of that story over a decade later doesn’t convince you, let me share another story. Our condo in the city was near a bar that served giant, clearly meant-to-be-shared root beer floats. Guys, they came in a 64 oz. fishbowl glass with 5 scoops of ice cream. Yes, 5.  Yes, a fishbowl. For his birthday one year, Tom decided he wanted one.  They have smaller versions, of course, but Tom was set on the giant version.  It was a nice summer day, so we sat outside. Of course everyone who walked by stared at my husband and his giant fishbowl root beer float.  People were seriously in disbelief. It was embarrassing. I didn’t even have a sip of the float! He finished the whole thing (and then spent the rest of the day complaining he didn’t feel well, obviously). 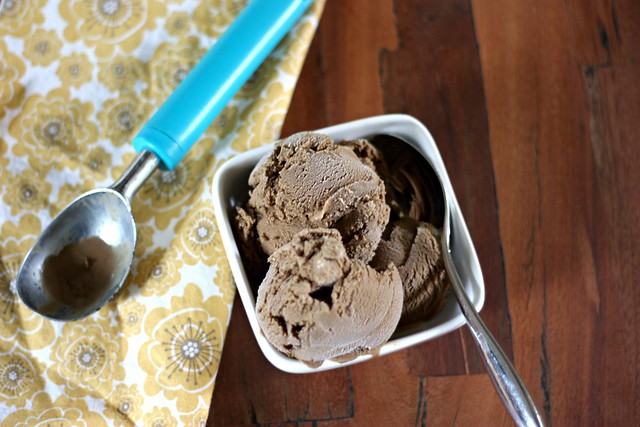 So yeah, he loves root beer floats and is pretty keen on root beer in general. I must admit I’m a sucker for a root beer Dum Dum (see what I did there?) and root beer flavored things in general, too. This ice cream seemed to be the perfect thing to make for Tom’s birthday this year. It could not be easier to make (no custard or anything), has minimal ingredients, and tasted great. And, well…like a root beer float.

(Not that it stopped him from having a reverse root beer float, using vanilla soda. :))