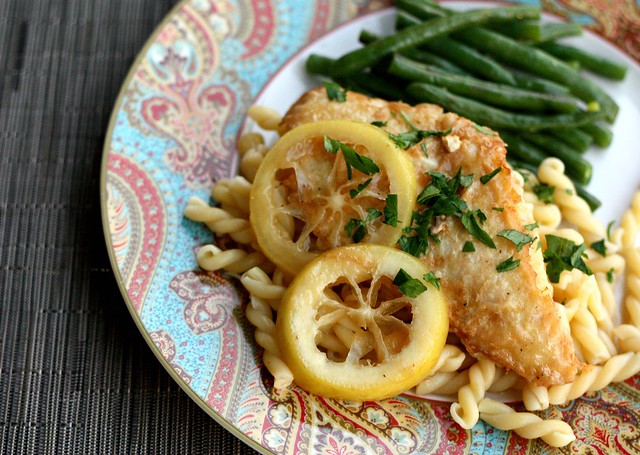 Things have been slow around here, I know. But things at home? Really, really busy. I’m having a hard time staying above water at the  moment. I’m hesitant to share this, since there are always things that could still go wrong, but we found a house and we’re officially under contract! It’s exciting, but it’s also really scary and it’s making me freak out JUST a bit. There’s the big change of life this will be for all of us (I’m pretty sure our car will get a few more miles on it annually than the 3k we’ve averaged the last 4 years), the selling of our condo that we just spent a lot of time getting ready to list (hey, anyone want to buy an awesome condo?), trying to find new daycares/schools, and the fact that all of this is happening right before the holidays. We close in December and as of now, I don’t even know where we’ll be spending Christmas and whether we’ll have a tree. And I won’t lie, I had a little cry about that this weekend—which was compounded by the emotion that comes with leaving the home where you started your family. Hormones, man.

First world problems to be sure, but problems that have kept me from having much free time, nonetheless. Add to it a family of sick people, a 7 month old who is going through some really awful phase where he is up screaming SO MUCH at night, and a 3.5 year old that flips his lid over something so simple as you asking him to put his shirt on for school, and I feel like I’ve been through the wringer. Plus, I need to make time to do very important things like surfing the internet for the bath mat that is that perfect shade of yellow for our new half  bath, obviously.

If there’s one thing I’ve gleaned from being so busy I can’t even update my blog, it’s that I still really love blogging. Nearly 7 years later (can you believe it!?), I still love sharing things with  you guys, visiting your blogs if you have them (though I’ve been admittedly terrible about commenting lately, I assure you I am still trying to keep on top of them!), and just having a general outlet. It’s definitely the longest-lasting hobby I’ve had, that’s for sure!

So, I’m going to try to update as much as possible (including doing a few giveaways for my aforementioned upcoming blogiversary!) but I hope you won’t mind if there are periods of slowness around here as we pick up and move, and do all the things in between.

If you read that diatribe, allow me to reward you with a quick and tasty dinner idea. I’ve been making a version of chicken Francese for years, but I guess I never really called in Francese and never used an actual recipe.

I don’t think I’ve ever coated chicken in flour and then egg (unless I was coating it with breadcrumbs or panko right after that), but clearly this has been a mistake, since it makes for a nice golden crust. I had hesitations about whether I would find this chicken lemony enough (remember, I’m Greek, so I like copious amounts of lemon ON ALL THE THINGS), but simmering the sauce with lemon slices and adding lemon juice definitely gave this the perfect amount of tartness. And Zachary, who as of late has basically been a mini Top Chef trying to guess the ingredients in dinner, did guess there was lemon in this, so obviously the flavor pulled through enough. 🙂

Place the chicken breasts on a cutting board and lay plastic wrap over the top of them. Pound with the flat side of a meat mallet until about 1/3″ thick.

Place the flour in a shallow bowl or plate and add kosher salt and freshly ground pepper to taste, mixing to combine. In another bowl, whisk the eggs with 3 tablespoons of water.  Heat a large skillet over medium-high heat and add the oil.

Toss the lemon slices into the pan and cook for 1-2 minutes, until fragrant. Add the wine, broth, and lemon juice and simmer for 5 minutes, to reduce the sauce slightly.

Roll the butter in a little flour and add it to the skillet to thicken the sauce. Stir to incorporate and dissolve the butter. Reduce the heat to medium-low and add the chicken back into the pan, covering with the lemon slices. Simmer gently to heat the chicken through. Season with salt and pepper and garnish with parsley before serving.

Chicken Francese (and some rambling)

19 thoughts on “Chicken Francese (and some rambling)”