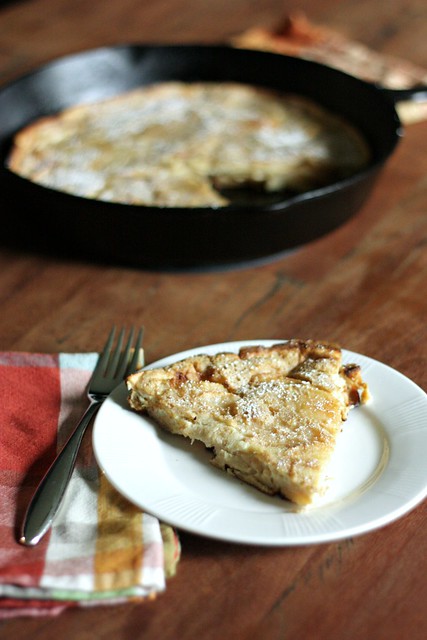 The weather has been weird this year, as is evidenced by my children wearing shorts for apple picking because it was in the high 80s that day. Last  year when we went “apple picking” the apples were completely gone, we were all wearing puffy vests, and the damp coldness of the corn maze was enough to make me even less amenable to the thought of getting lost with a then-2-year-old in a parking lot of corn. 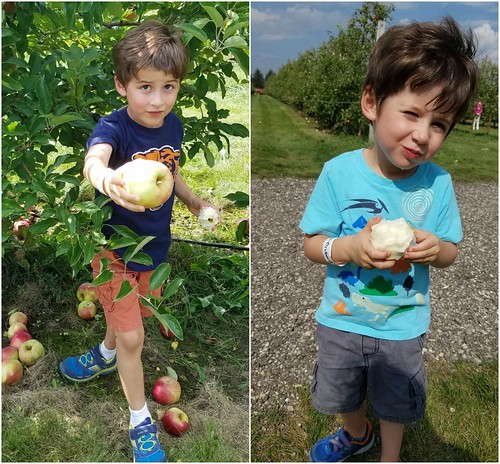 We definitely did some damage apple picking this year and came home with a few different varieties. One kind I don’t believe I’d tried before, but became a quick favorite, was Ida Red. It’s both sweet and tart, which makes it great for snacking on and baking, in my opinion. We used a couple in this puffed apple pancake, which was a big hit with everyone. Thanks to its shape and texture, it’s almost like eating a light cake for breakfast. And what is breakfast food, really, if not dessert masquerading as acceptable first-meal-of-the-day fare?

This takes a little longer than our usual breakfasts (ahem: cereal) but it’s really easy and not very time consuming, especially since most of the time is inactive baking time. And it’s good. Reeeally good. Tom was out for a run as this got out of the oven and it was a struggle for the rest of us to make sure we saved some for him.

As an aside, I have some exciting news! This will likely be the LAST post in this blog’s current format! Starting with the next post, you will see a brand new design and a way more functional site. I can’t wait for you to see it! 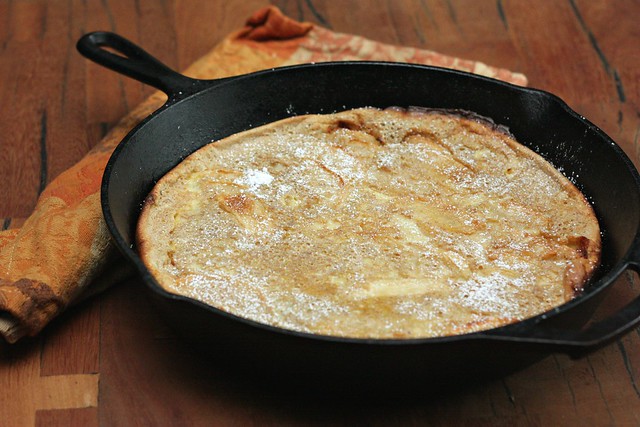