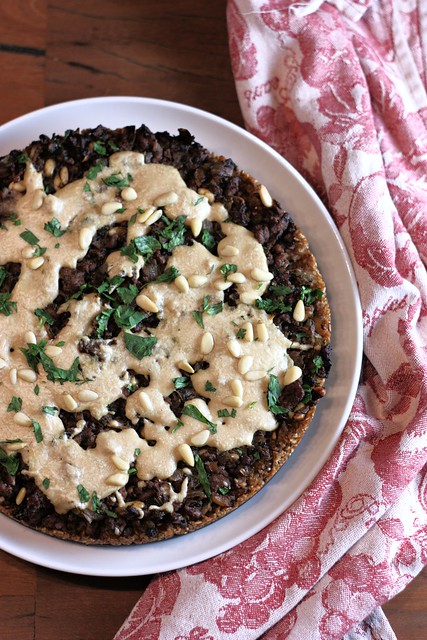 I’m always one to plan varied dinners. I could eat the same thing for breakfast, snack, and lunch 99% of the time for some reason, but I like variety in my dinners. All that said, I’m pretty sure I could eat Middle Eastern food every single night and never tire of it. If I were destined to a life of lamb, tahini, and fattoush, it would be a happy life.

Kibbeh/kibbee is a popular Middle Eastern dish made with ground lamb and bulgur. There are kibbeh meatball type things (which I’m sure  you are surprised I didn’t make) and baked kibbeh. This dish more closely resembles the latter, but it’s “open” because the ground lamb isn’t a filling. In the traditional version a ground lamb mixture is essentially sandwiched between a cooked lamb/bulgur mixture.

The lamb is spiced with flavors we love, like allspice and cinnamon. And, a tahini mixture is spread over the top and baked for a bit at the end. I don’t think I’ve ever really cooked tahini sauce before and I was a little wary of doing so, but clearly I should trust Ottolenghi.

Since this meal already has protein and carbs, we served this alongside a Greek salad for both a complete and completely awesome meal. 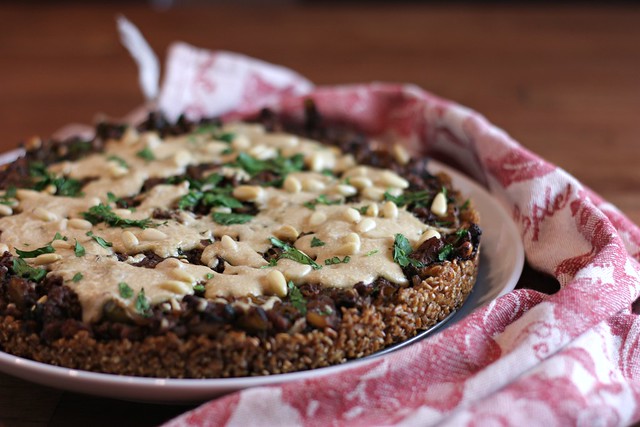 Adapted from Jerusalem by Yotam Ottolenghi