As I mentioned in a prior post, the results of my first-ever reader survey indicated that about 87% of you would be down for some non-food related posts from time to time. Cool!

That said, I really want this to just be a space where, aside from sharing food (obviously), I can just share random things I want from time to time and not necessarily have it be “a thing,” or do it with specific regularity. I’m not calling this “monthly musings,” for example, because I don’t know that this will be a monthly occurrence. And I’m not calling it “stuff I like” or anything similar because I can’t guarantee I’ll actually be making any product or other recommendations (which should probably cause you a sigh of relief as I am neither fashionable nor on-trend in most cases).  It’ll just be a once-in-a-while space where I can share what my kids are doing, or maybe home decor items I’m lusting over. Complaints or things that are working for me. Books or music I’m digging, and so on.

Today’s post will sort of have a theme and it’s House Stuff for $200, Alex.

We were in our condo for over 5  years. When we moved in we had a perfect wall that we thought could be a photo wall. We “anchored” it with one large wedding photo and then…did nothing. For the whole  5 years.

We moved to the suburbs 2 years ago (so crazy) and we finally got our photo wall! This is our entryway, and I absolutely love how it turned out. We used a mix of frames, both in color and style (modern, vintage, etc.). Our house is decorated mostly modern but we definitely like “older” stuff like mid-century modern, industrial looking things, etc. In that regard, this was perfect for us.

We left room so we could move down (and to the right and left) if we want to some day but, let’s be real, it will be like this forprobablyever. 🙂 Which is fine by me. We will likely get a lamp on the console to replace the mini vases. 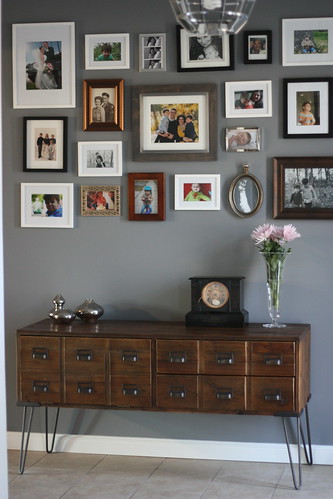 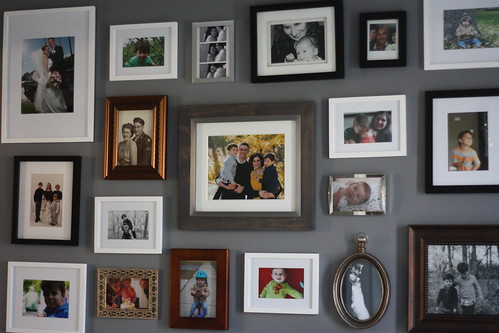 I also want to show you this wreath we have on a small wall opposite to our new gallery wall. I’m not typically a traditional wreath kinda gal, but this wreath is pretty sentimental. My mother-in-law took some of my wedding flowers (unbeknownst to me!) and had someone turn them into a wreath. We only recently got around to hanging it in our house and it makes me smile every time I see it going down the stairs. 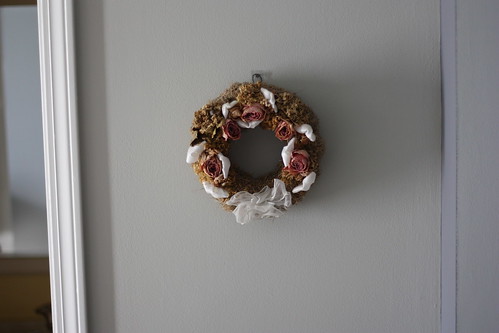 Another thing I wanted to share was how we’ve used kid art. Our kids bring home a loooooot of art. We have a wire in the entrance to the playroom (and plan to add an additional one in another spot) for some of their creations, but I’ve also liked sprinkling some throughout our house. Right now, it’s mostly Zachary’s art, but we’ll be adding some of Ian’s too.

We have this painting from Z in our half bathroom: 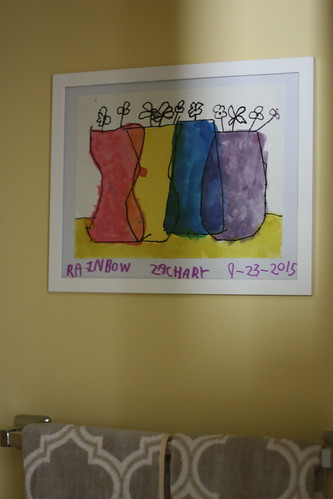 In our living room, we have a small succulent sitting in a pot colored by Z, a flower Ian created (the boy is a whiz with the pipecleaners, as is also evidenced by him making approximately 4 dozen beaded bracelets over the last few months), and a tile under the vase that Zachary made. 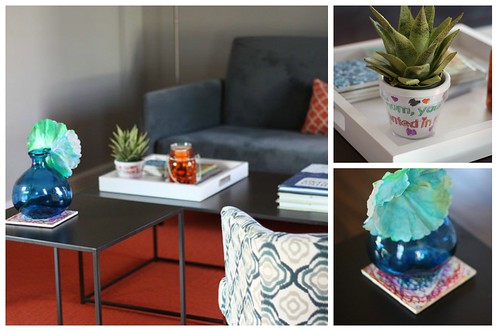 I plan on framing some more of their art and putting it in our upstairs hallway. It’s an easy way to get some stuff on the walls and it’s cheap. If you have kids, you likely have a bazillion art projects you don’t know what to do with (hint: many of ours also receive a permanent home in our recycling bin; don’t feel bad).

Finally, we are, uh, almost done with a bit of a laundry room makeover (those baseboards will get put on again someday…).

This room was…not a happy place. Our house doesn’t have a basement and while we don’t miss that living space, we DO miss potential storage space.  As far as storage, the laundry room had 1 shelf (that broke a week after we moved in, hah). Also, I mean…it’s a laundry room. This room will never be pinteresty or anything because we aren’t going to dump a bunch of money into a laundry room since we’re not ballers. Some things, like the sunken floor, are just flat out not in the cards to be fixed. And all our HVAC/utility stuff is in there, too, so it will never look pretty or anything. That said, I think we made some big improvements.

Forgive the before pictures as they weren’t actually intended to be shared before pictures. I am laughing as I post this because Ian is an entire year younger in these pics so…yeah. We were a little slow to move on this.

Before: (fixed) broken shelf, random plant our neighbors  had me take care of for a ridiculously long time, TV trays because who doesn’t keep those in the laundry room, storage included random bookshelves no longer in use 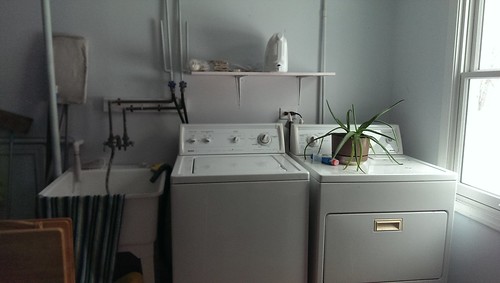 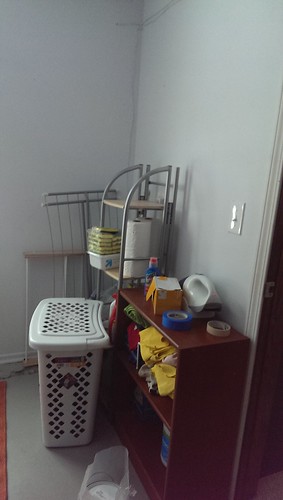 After: Color! Storage! A countertop! We also had some unused white curtains and a rod from the old version of Ian’s room, so we went ahead and hung that even if it’s a bit short 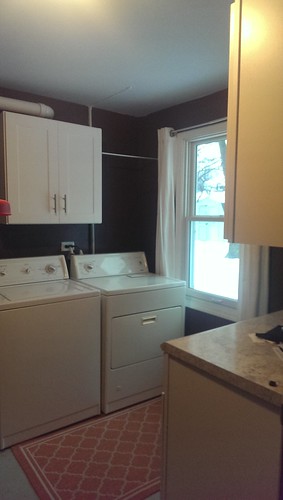 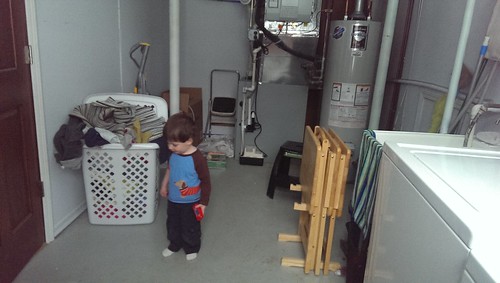 After: ugly HVAC stuff, lots of storage, broom/mop holder (the first pic was taken before we added that), TV trays because who doesn’t keep those in the laundry room 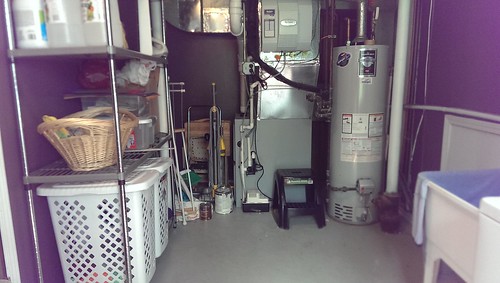 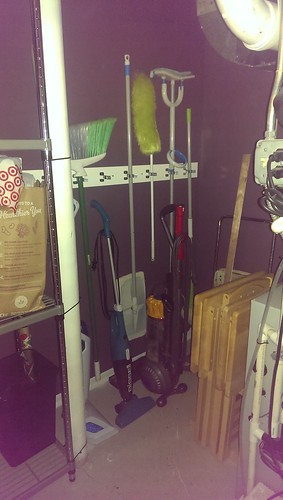 PS – As I said, I intend for posts like these to not have a whole lot of structure or consistency, but if there is anything non-food-related you DO want me to discuss, let me know!